Appealing a decision of a licensing authority 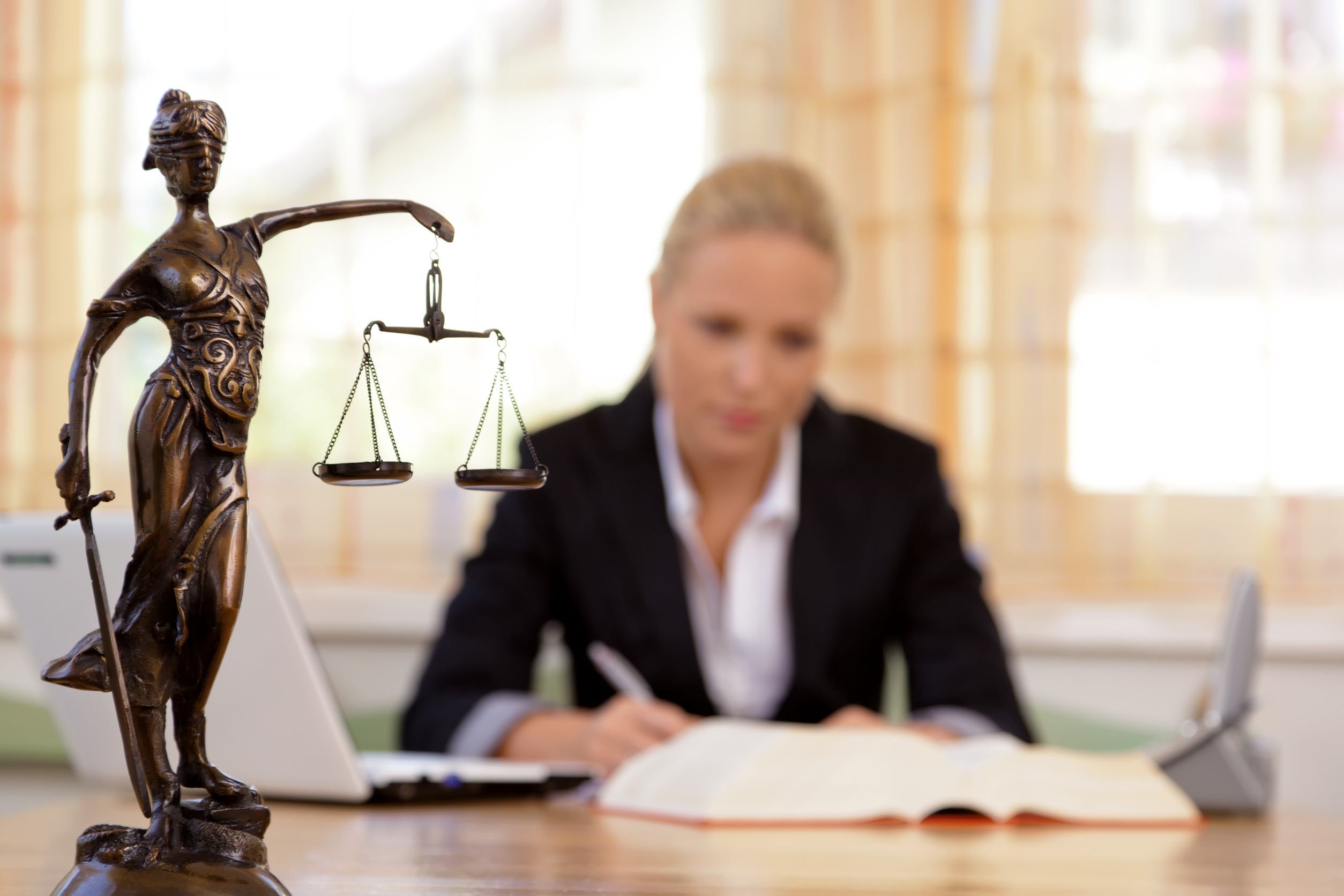 Appealing a decision of a licensing authority

Taxi and private hire drivers, operators and proprietors should always give serious consideration to appealing a decision by a licensing authority to refuse, revoke or suspend a licence.

The procedure for doing so is clearly set out in the legislation and licence holders – or applicants who have had their licences refused including applications for the renewal of a licence – have 21 days to lodge an appeal. When an appeal in relation to a taxi or private hire licence is heard, the appeal hearing is a hearing de novo and civil procedural rules apply. The benefit and advantage of a hearing de novo is that licence holders, in effect, have a second fresh opportunity to present their case as if it had never been heard before. I will explain this in more detail further in this article.

In taxi or private hire licensing appeal hearings, the party making an application or bringing an appeal is generally the party on which the burden of proof falls. The only exception to this is where there is specific case law stating otherwise.

The right legal advice and representation is absolutely key to any appeal in relation to a taxi or private hire case. Not only are there certain procedural rules and protocols to follow, as I have already stated licensing appeal hearings are de novo hearings which present another opportunity for a licence holder or applicant to argue their case as if it had not been heard before.

When appeals are upheld by the relevant court, the party who brought the appeal can apply for costs as part of the proceedings which means that the other party will be responsible for paying the legal costs of both parties.

On more practical terms, a licence holder who have had their licence revoked, suspended or an applicant who has had their licence refused, is likely to see this impacting on their livelihood but also their reputation. Reputation damage is particularly an issue where the licensing authorities’ decision was wrong and a successful appeal will be the only way to restore any reputational damage caused.

(2B) If it appears that the interests of public safety require the suspension or revocation of the licence to have immediate effect, and the notice given to the driver under subsection (2)(a) of this section includes a statement that that is so and an explanation why, the suspension or revocation takes effect when the notice is given to the driver.

(3) Any driver aggrieved by a decision of a district council under subsection (1) of this section may appeal to a magistrates’ court.

Similar provisions exist in respect of suspension and revocation of a private hire operator’s licence (s. 62), refusals (s. 52) and in London.

An appeal must be lodged properly with the Magistrates’ Court within 21 days of a licence holder or applicant being given notice of the decision of the licensing authority. The right of appeal means that the decision of the licensing authority will not take effect until the appeal has been determined. The exception to this rule is where a decision to suspend or revoke is taken with immediate effect under section 61(2B) of the 1976 Act. Appeals lodged after the statutory 21 days is likely to be rejected unless extraordinary circumstances apply that are accepted by the court.

When an appeal in relation to a taxi or private hire licence is heard, the appeal hearing is a hearing de novo and civil procedural rules apply. A hearing de novo means that the appellate court (Magistrates’ Court) will hear and deal with the appeal afresh or as if the case had not previously been heard nor decided.

When determining a licensing appeal, the appellate court must apply civil procedural rules. This means that it must make a determination based on the civil burden of proof, or in other words, on the balance of probabilities. The balance of probabilities demands a lower evidential threshold (than that of the criminal burden of proof) and presents, as a consequence, another opportunity for licence holders to successfully appeal a decision of a licensing authority.

As I mentioned above, licensing appeal hearings offer licence holder and applicants an opportunity to overturn such a decision.

Fortunately, the circumstances I described above are not the end of the road for a licence holder. Since a licensing appeal offers the appellant a fresh hearing (de novo), instructing a thoroughly experienced and skilled taxi and private hire licensing lawyer the second time round can significantly improve a taxi or private hire licence holder’s likelihood of a successful appeal.

In appeal hearings, new evidence and arguments can be presented irrespective of whether these were presented to the licensing committee during the initial hearing.

I am often contacted by licence holders or taxi/private hire applicants who have lost their licence because they were poorly represented before licensing committees. Licensing barristers, like Taxi Defence Barristers, are legal specialists and will have a greater legal knowledge and understanding of the law which is offers licence holders a much greater advantage in appeal situations.

In the case of an appeal relating to the refusal of a taxi or private hire driver licence, the burden will fall on the applicant whose licence application was refused.

In the case of licence holders who have had their licences revoked or suspended, Taxi Defence Barristers have successfully argued that the burden of proof falls on the licensing authority to produce evidence of the fact that a licence holder did not satisfy the fit and proper criterion. This approach has been endorsed in the case of Mehrdad Kaivanpor v Director of Public Prosecutions [2015] EWHC 4127 (Admin).

In addition, there will be costs associated with legal advice and representation. This will depend on the anticipated complexity of the case.

Licence holders seeking to appeal a decision of a licensing authority should be aware that they can apply for cost to be awarded if they are successful in their appeal. Costs awarded can include legal costs but in certain circumstances also compensation for financial loss or reputational damage.

It is worth noting however that licensing authorities are not automatically liable to pay costs merely because they lost an appeal. It is a widely accepted that consideration in relation to costs will generally only be relevant if the party appealing is able to show that the licensing authority did not act honestly, reasonably or did not make a sound administrative decision. This is a further example of why expert legal advice and representation is key for any taxi or private hire licence holder seeking an appeal.

Setting aside the purely legal considerations of licensing appeals, a person deprived of a licence is likely to suffer reputational damage. Reputational damage can be a particular issue for licensed operators who, to a large extent, depend on their reputation in order to operate. Similarly however, no reputable operator is likely to take on a driver with a questionable history and reputation. The latter issue is particularly problematic where the decision of a licensing authority was wrong.

Similarly, losing a licence will have implications for people’s livelihoods – in some cases devastating implications. Many licence holders work fulltime as taxi and private hire drivers and the only means they have to this is their licence.

When a court hears an appeal in relation to the taxi or private hire licence, they are aware of the fact that a driver’s licence revocation or suspension will cause hardship but they must limit themselves to the relevant considerations.

However, the reason why I mentioned livelihood and reputation is because these are very often motivating factors when licence holders or applicants are considering whether they want to appeal a decision of a licensing authority.

Thinking about appealing a decision of a licensing authority can be daunting for any taxi and private hire licence holder or applicant whose licence was refused. Nonetheless, licence holders and applicants must give serious consideration to whether they wanted to pursue an appeal for the reasons outlined in this article. There are many reasons why licensing authorities decide to revoke, refuse or suspend licences and in some cases such a decision is justified. However, in our experience, there are also may cases where a decision to deprive someone of the licence was not justified and found to be disproportionate on appeal. It is important that licence holders or applicants seek independent legal advice at an early stage to get assured and professional advice on their case.